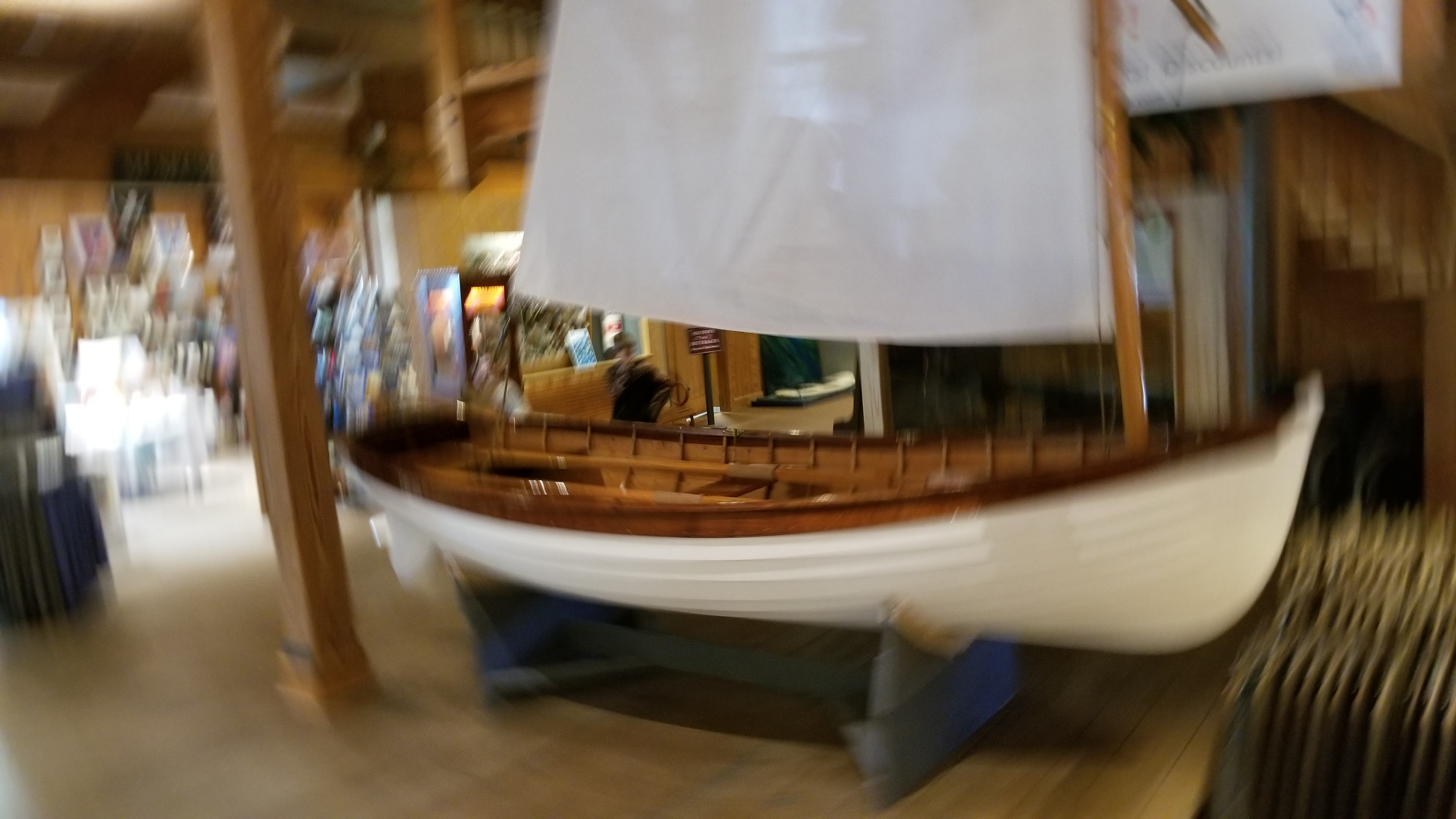 The 2020 raffle boat is a traditionally built dinghy called a “Catspaw,” and the plans are available from Wooden Boat Magazine. It was built at the Harvey W. Smith Watercraft Center, across the street from the North Carolina Maritime Museum, by the volunteers and staff of the museum. The 13-foot rowing/sailboat was originally drawn and built by Nat Herreshoff and updated by Joel White. We built the boat in the traditional style using white oak for the backbone and steam-bent frames, Atlantic white cedar (aka Juniper) for the lapstrake planking and mahogany for the sheer plank, transom and seats and thwarts. The boat also comes with a beautiful set of handmade fir oars. The mast and sprit are also fir. This is a sweet boat that would be perfect for rowing or sailing and could also be fitted with a small outboard. Raffle tickets for the boat are available for $5 at the Museum Store...